Any fool can destroy the timeline. Fixing it requires nerves of steel

Minju Chen survived the coup with her secret identity intact, her plans are in tatters, but that won’t stop her from trying to take control of Alexandria and the quantum facility. Only one person can stop her and she’s stuck in a hospital bed.

Neith Salah has a bullet in her head and has lost her ability to communicate. Which is a problem as she seems to be the only person that remembers Minju’s true identity.

There is a plan to restore Neith’s language but it relies on Julius Strathclyde and the traitor Clio Masoud, to work together. They’ll have to stop Minju, save Neith, restore the timelines and try not to kill each other.

What could possibly go wrong? Beyond destroying Earth’s timeline and obliterating generations of innocents, that is?

Join the Curators today for a fast paced and witty adventure across time and space.

For lovers of fast-paced, witty novels. The Quantum Curators go from strength to strength.

Read Chapter One below. 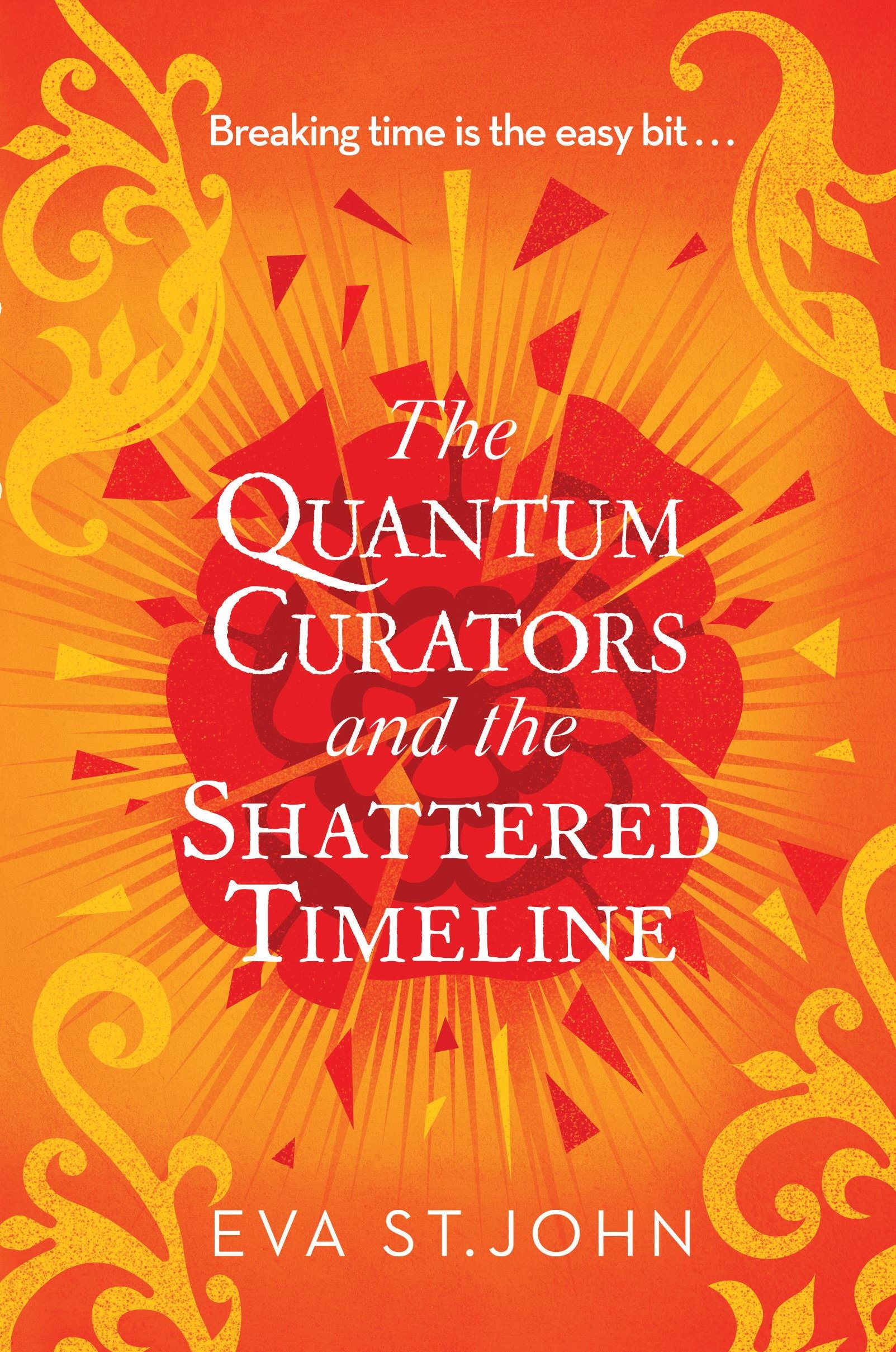 The Quantum Curators and the Shattered Timeline

It was lunchtime and I was hungry. Had I known my days here were numbered, I might have paid more attention to the bigger picture, but my stomach was rumbling and a man has to eat.

Rami and I collected our food and headed over to the benches. Looking around, you wouldn’t know that only six months ago the plaza had been the scene of a cataclysmic battle. An attempted coup made even worse by the appearance of quantum beings that looked and acted like gods. As with the ravaged buildings, history was being tidied up and smoothed out. Rather than face the reality of what had happened, it was being fictionalised.

I glanced over at my friend and apologised. ‘Still trying to get my head around what happened.’

I didn’t need to explain. Rami looked about the place and nodded. ‘Well, at least you come from an Earth that was more open to the idea of aliens and many universes.’

‘Theoretically.’ I thought about it. ‘And then I turned up here, so I suppose I was already on board with the reality of multiple universes.’

‘Exactly, whereas we were stuck on a notion of just the one parallel Earth.’

I took a bite out of my rice parcels and tried to catch the juice before it dribbled down my chin. Fennel seeds mixed with sumac and chilli made my mouth tingle and I grinned at the simple pleasure of a tasty snack. The food here was incredible although I still hadn’t managed to bring myself to eat insects. I cleared my throat.

‘Still, I just have a vague sense of things not being right.’

Rami laughed and waved a grasshopper at me, its crispy eyes staring at me accusingly. ‘Of course, things aren’t right. We found out that Earth is infinite and that extra-dimensionals exist.’

‘And yet everyone is carrying on as normal.’

It was exasperating. We sat in silence for a while, watching our fellow citizens going about their business, eating lunch, catching up with friends, enjoying the fine weather. Maybe I was simply homesick. Since I had arrived in Alpha, I continually missed home, but it was mostly a background hum, and of course because of the stepper I had been able to visit home. Now I felt stranded, surrounded by strangers.

‘You know what I think?’ said Rami. ‘I think that lots of people are desperately trying to pretend it didn’t happen. Others like us are still attempting to understand what happened. Finally, some will be prepping.’

I blew my cheeks out. Prepping didn’t sound good. ‘How do you mean?’

‘We didn’t win the battle under our own steam, no matter how many people seem to have forgotten that. We may have neutralised the attempted coup on our own, but those gods,’ he broke off and flapped his hand at me, ‘or whatever they were, were beating us. It took another extra-dimensional to get rid of them on our behalf. So yes, I imagine some people are prepping.’

It made sense. This wasn’t a warlike culture, but war had come to them. An invading army had tried to destroy their way of life. They weren’t naturally aggressive, but they weren’t passive either. The Alexandrians were technological giants. I knew they’d be planning against the next potential strike. I wondered who was doing what.

‘I guess you mean the engineers and custodians.’

‘Who else?’ Rami shrugged. ‘It’s their job to protect and to solve. In fact, I think even the curators are involved at the top levels.’

We’d been grounded for the past six months whilst the engineers worked on the new step technology, ensuring it was secure from anyone else trying to hitch a ride. I raised an eyebrow.

‘Well, not us, obviously.’ He winced and passed me a hanky as I wiped my chin on the back of my hand. ‘But someone gave the command to release the banned Beta entertainment streams. I think that sort of helped people get a grip on things.’

He was right. Originally, when Minju had first mentioned that the pharaoh was keen to do it, it seemed a good idea. However, now the Alphas were confusing reality with fantasy.

‘But that’s fiction. E.T. didn’t go home, the Force is not with us, Doctor Who is not real.’

Rami looked at me with concern.

I toned my voice down. ‘I’m just worried that suddenly binge watching all of my Earth’s SF and Fantasy offerings is blurring the lines between what they see on TV and what actually happened.’

Since the event, the engineers had lifted their ban on various topics. For centuries, they had tried to suppress the theory of multiple earths. Now the cat was out of the bag, what was the point in the ban? What I found amusing was one of Alpha’s responses. When they watched the programmes, they laughed at the inherent notion the Beta Earth were the superior species, when everyone knew it was Alpha Earth that was superior. They all seemed to be blissfully unaware of the irony that they themselves were recently pulverised by a species that could snuff them out in the blink of an eye.

I grinned. ‘She really has blossomed, hasn’t she? I think the reassessment of the Roman Empire is making her day.’

Along with SF and Fantasy, all history programmes and books were also permitted. So now the Alphas were watching and reading about the Beta empires. For many it underlined how dreadful empires were, but it was nuanced and people were beginning to also see the positives. The HBO show Rome, with all its sex and violence, was a particular hit. I wondered if anyone was going to study the actual history, not the filmmakers’ take on it.

‘Aren’t you meeting her later? Ask her what she thinks about all this?’

‘Seeing her tomorrow, and I know what she’ll say. She’ll tell me to stop overthinking things.’ I shrugged. ‘I don’t know. I just feel out of sorts. And I think you do too. Honestly, we’re missing something.’

Rami looked at his brace. ‘Tell you what you are missing. It’s thirteen o’clock.’

I stared at him. ‘Thirteen o’clock?’ I had heard him use the twenty-four-hour clock a hundred times, but this time it caught me out. No doubt because of our current conversation. ‘Have you been reading Nineteen Eighty-Four?’

‘Well, I’ll add that to my list of books to read. I could do with something cheery. Now—’ he tapped on his brace ‘—as I said, it’s thirteen o’clock and you are going to be late for Neith.’

After arranging to meet him later in the week for drinks, I headed off towards the hospital. Nineteen Eighty-Four, the comedy. Maybe I should have told Rami not to bother with it after all. If Rami needed cheering up, I guessed he was feeling the same unease I was. We were both missing something really obvious.

I would speak to Minju tomorrow. She might help put a finger on it. In the meantime, I needed to see Neith, and my heart sank further. 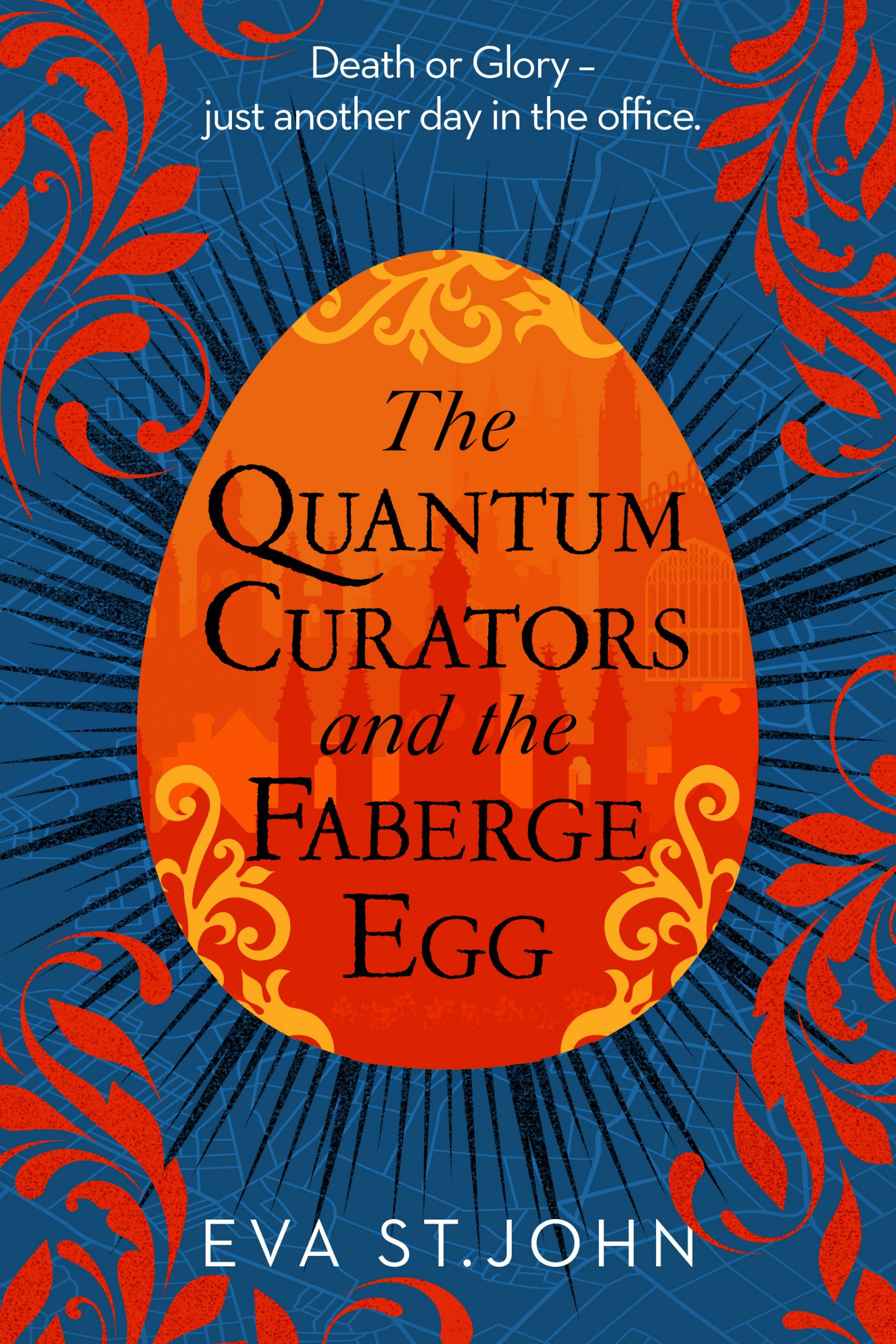 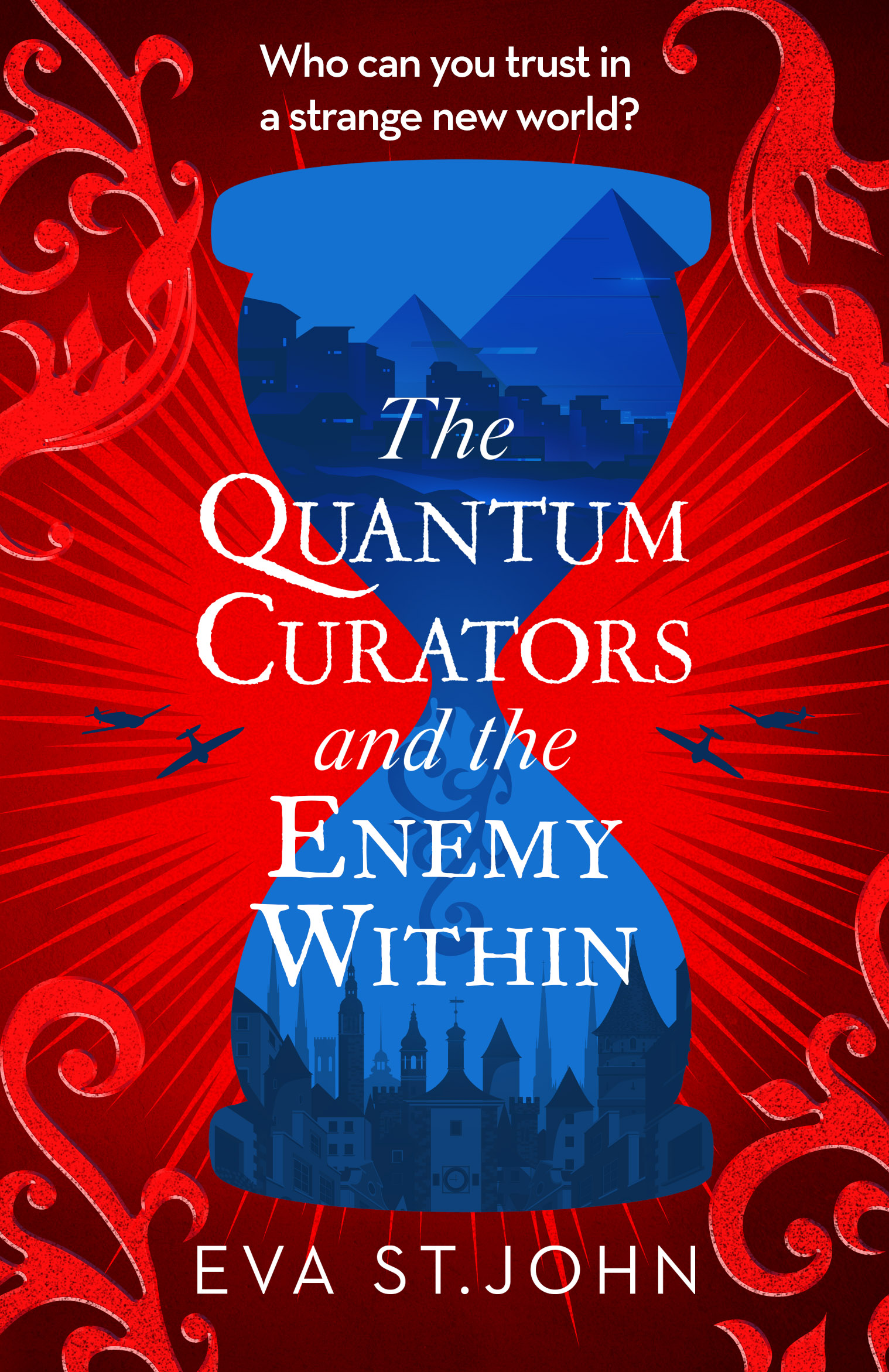 Looking for something else to read

Here’s a great list a books to read. Hope you find something new to enjoy.

London Launch and a bit of research. The Quantum Curators and the Missing Codex

To London! After eighteen long months I finally made it back to London. I love staying in the City, I tend to stay in the actual City of London, the Square Mile, heart of the financial centre of London and a very quiet section of the metropolis. It’s normally quiet at the best of times, […]

Sneak Peek – Chapter One – The Quantum Curators and the Missing Codex

Day Zero – First Engineer First Engineer glanced up from his desk in surprise. It wasn’t time for the midday briefing, yet Second Engineer stood in front of him tapping a print-out against her thigh. An alarming item in itself. Files were only printed when the digital copy had been deemed so harmful that it […]

Behind the Cover – The Quantum Curators and the Missing Codex

I am thriller to reveal the cover for the third book in the Quantum Curators series. Once again, I am bowled over by how good this cover is from Stuart Bache at Books Covered. I thought you might like a sneak peak into the symbols in the atom as well as the blurb. A cover […]

Does your robot read to you? The future of audio books and the rise of synthetic voices.

The Future is getting closer – artificial intelligence and audio books Audio books are becoming an increasingly popular way for people to consume their books and are now the fastest growth area in the book world. Digital books, once the new kid on the block, are now an established format. Now it is the turn […]

Exactly what is a Russian Doll?

Russian Dolls or Matryoshka In The Quantum Curators and the Fabergé Egg, the hunt is on for a Russian doll, could it be hiding a priceless treasure? The section from below is from the book, I hope you enjoy it. To read more about the dolls follow the links at the end…   ‘I need […]

With the advance of the electronic reader the large print edition has fallen out of favour.  And its clear to see why, large print books could be very large and heavy, bulky unwieldy and expensive to buy. Even if you decided to overcome these issues not every book was published in a large print format […]